In anticipation of my youngest daughter's 21st birthday, I've asked her to write a guest post including some of her favorite childhood books.  Imagine my surprise when I woke up in the morning and discovered that she and Little Bear had stayed up late to play.  Happy birthday, Michelle!  I'm glad I don't need to remind you to always remain a child at heart! 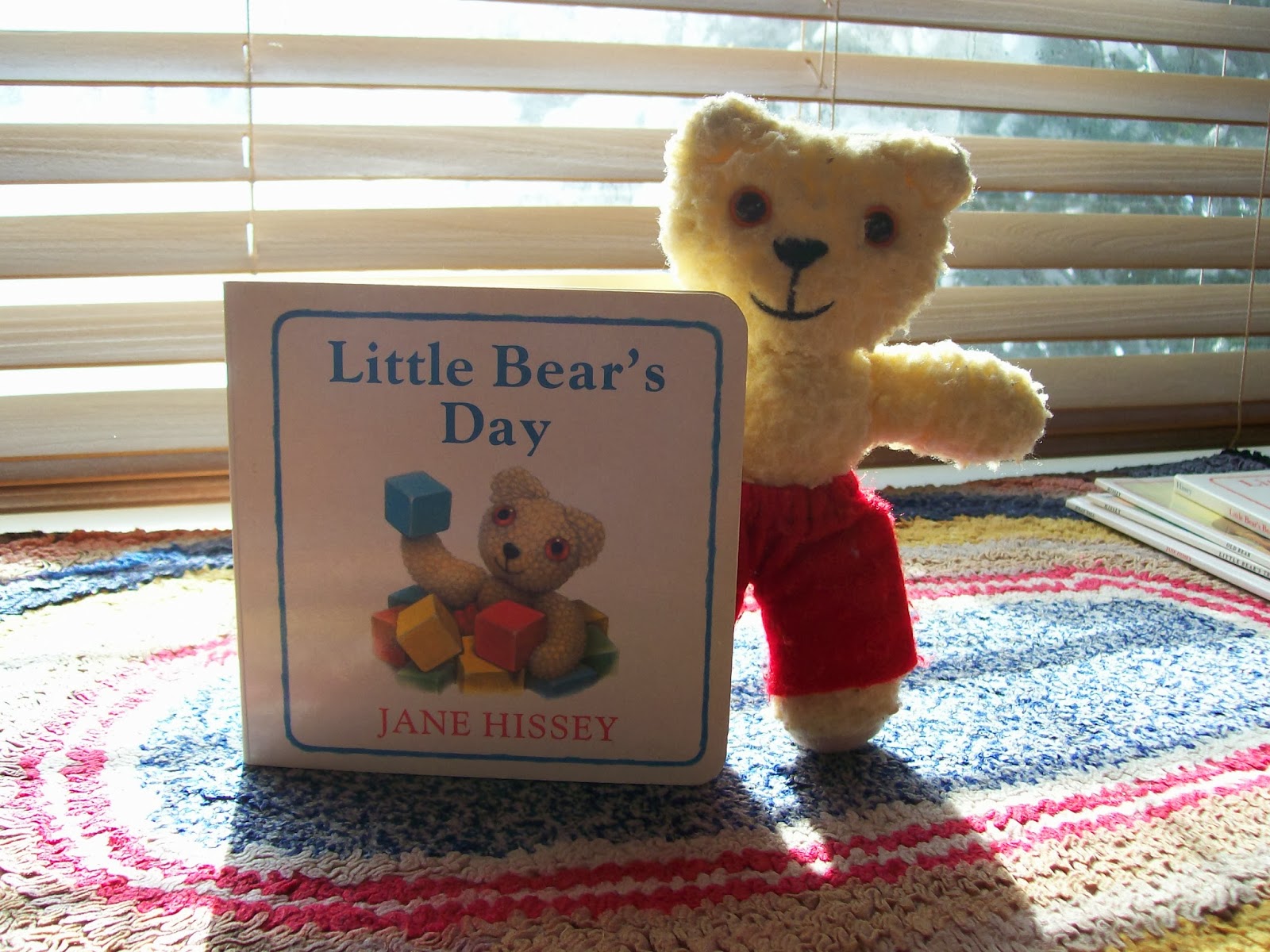 I recently had the opportunity to think back as to what my favorite childhood stuffed animal was, and opposed to many other people, the answer was difficult.  Besides my blue baby blanket which has become less blanket-y and more rag-like over the years, there wasn’t one clear toy I was attached to – until I remembered my connection to Little Bear.

Maybe it was the VHS tape that made me love that stuffed animal – with all of the Jane Hissey characters trying to find costumes out of household objects found around (spoiler alert: Little Bear became a ghost that scared all of the other characters before they realized it was him) or throwing surprise a birthday party for Old Bear.

Or maybe it was two simple books:  Little Bear’s Day and Little Bear’s Bedtime.  I swear I read these books for longer than I should have.  It was an easy read that literally just went through the things Little Bear did throughout the day.  But I didn’t read these books for a challenging literary experience.  Instead, I remember countless nights where I wanted to follow this routine, whether it was giving Little Bear a bath in a bowl or reading him a bedtime story.  I remember always making the plan to follow his daytime routine – eating breakfast, painting, naptime - the next day, but I always managed to forget.  This same thing would happen night after night.

I’m not exactly sure how long he was gone.  It almost felt like years, but maybe it was just a couple of months.  He was finally found zipped up in a tent.  He was obviously gone on a camping trip.  By this time, the novelty of the whole routine had been worn out. 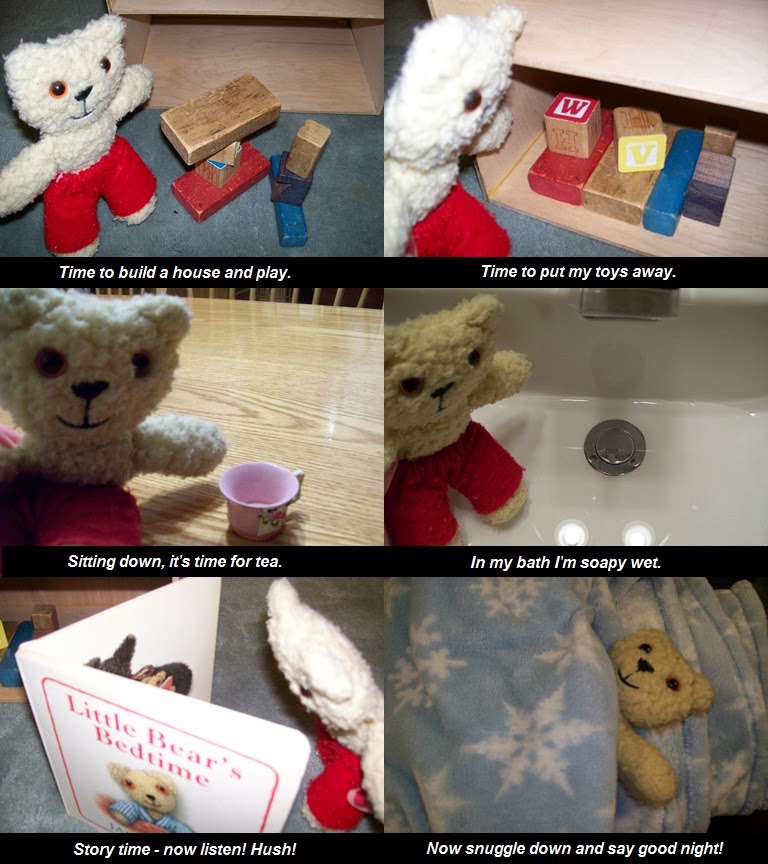 Maybe tomorrow I’ll wake up and remember to paint with Little Bear; but then again, maybe not.

If there is one lesson I have learned from Little Bear, it is that brushing your teeth is important.  And I guess other cool things, too.
Posted by Unknown at 12:00 AM

"Quote of the Week"

"Books are the quietest and most constant of friends, they are the most accessible and wisest of counselors, and the most patient of teachers." ~Charles William Eliot

Check out some reviews on newer children's books